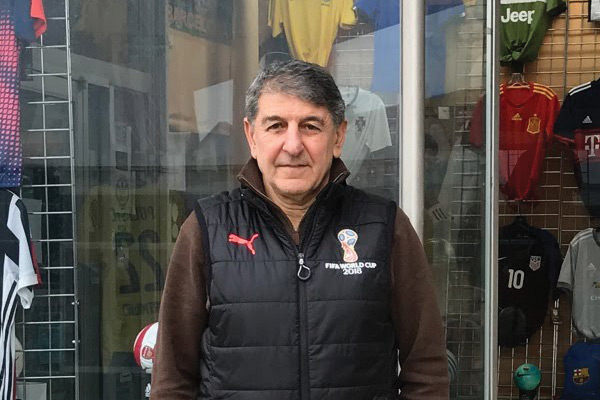 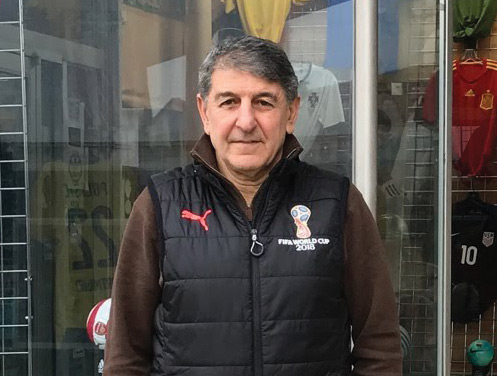 Andranik “Esky” Eskandarian – is a name that holds a warm place within Downtown Hackensack’s robust Hispanic community. This former Iranian fútbol legend became a superstar in the US playing for the high-profile soccer team the New York Cosmos. For over a decade, he helped carve out soccer’s place in the US. With so much passion for the game, Andranik wanted to pass on his love to a new generation of players. As luck would have it, fellow soccer star and teammate Hubert Birkenmeier was leaving New York to play with the Chicago Sting. During his time in the New York area, Hubert had opened a soccer equipment store in Downtown Hackensack, which Andranik jumped at the chance to take over and has been on Main Street ever since.

“What has kept the store alive for over 36 years are my loyal Ecuadorian and Colombian customers in the area,” Andranik recalled. “They have such a love for the sport and would rather shop and talk with me than buy from some faceless site on the Internet.”

Aside from the neighborhood customers, Birkenmeier’s is also a proud supporter of local soccer clubs like the Hackensack Royals.

Being in Downtown Hackensack for so long, Andranik has seen the changes happening firsthand. Organizations like The SACK Business Alliance are transforming the area into a place where people want to visit.

“Long Island. Yonkers. All over New Jersey, I am seeing customers come to my shop,” said Andranik. “The SACK Business Alliance has definitely done its part to revitalize the area.

His shop is a local fixture for soccer club players to stop by to trade stories and pose for pics with fans. When asked if he would expand to include other sports, Andranik is open to it. Of course, nothing can ever replace his love for soccer and his passion for sharing it with the Downtown Hackensack community.